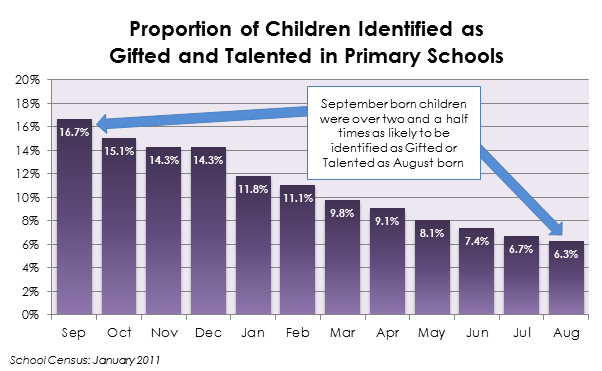 Why does being born in the Autumn make you more likely to be gifted or talented?

Most of us working in education are aware of the impact that a child’s term of birth has on their academic development, particularly in primary schools (in Year 1, the oldest child in the year has experienced 20% more development than the youngest).

However, why does that extend to the identification of gifts or talents, which should surely be independent of age? Historically, schools were required to inform the DfE about the individuals they had identified as Gifted and Talented (G&T). Using this data, as part of our work for G&T regional partnerships, we identified that a primary school child was twice as likely to be identified as gifted or talented if they were born in the autumn term than if they were born in the summer term. No doubt this is down to the challenges we face in identifying raw potential, compared with ability that is already exhibited.

This issue becomes particularly important when a child receives additional support due to this G&T identification – for example, extra sports coaching which develops this identified “talent”. But what are the longer term implications of this? Well, according to research by the Association of Football Statisticians, this early identification does have long lasting consequences; their study of Premiership footballers found that 40% are born in September, October or November (far more than the 25% that would be expected in month of birth had no impact). Clearly there are successful exceptions – Mr David Beckham was born in May for example – but they have done particularly well to get noticed! 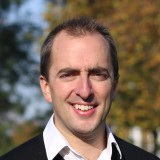