Today, the Open Data Institute (ODI) published Data on teachers’ lives during the pandemic, a new report based on our analysis of the data from the NASUWT Big Question teacher survey. Working with partners at the ODI and NASUWT, as well as the report’s lead author Miranda Voss, our role was to provide the data analysis for the project. Initially, this involved cleaning and processing the survey data from 4,490 respondents and producing an analysis tool to help draw out key findings. To strengthen the findings, we used postcodes reported in the survey to link the survey data to other public datasets, such as on deprivation. This enabled the report to explore, for example, whether teachers in deprived areas gave different answers to others. Technical details, including how we cleaned and weighted the survey data, can be found in the report appendix.

We then produced a public interactive tool to explore the survey data and prepared an aggregated survey dataset for publication as open data. These can both be accessed through the link below.

Explore the interactive tool and read the report here 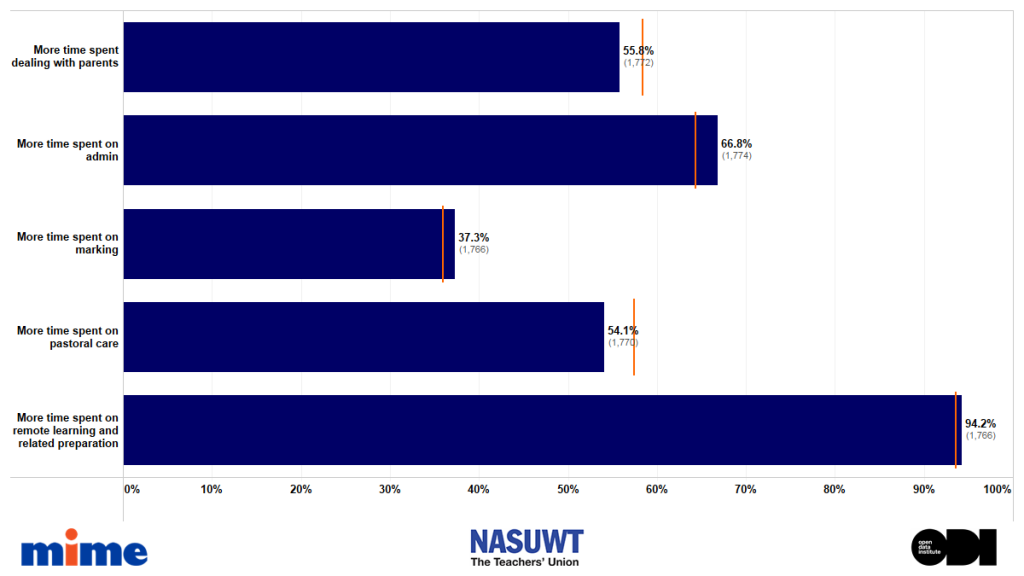 There’s so much more to draw out of the survey data so take a look at the interactive tool.

Get in touch if you’d like to hear more about this project or our other work with survey data.