Find out which subjects have the greatest differences between male and female pay growth.

The 2019 Gender Pay Gap data deadline is fast approaching (its 4th April to be precise). With our commitment to understanding this issue, we wanted to see how yesterday’s release of graduate pay data can help us look at how the pay gap changes in the years following graduation.

Here are nine facts from the data release on the post-university pay gap, by degree subject and gender:

There you have it. Women earn less than men 5 years after graduation and the gap grows further in the following 5 years.

The question is why?

Find out how women working within our schools fair – take a look at our article on The Gap Years: Understanding the median Gender Pay Gap and infographic.

Enjoyed this article? Don’t forget to share using the links below

If you’d like to discuss this article further, please get in touch with us through our contact form. 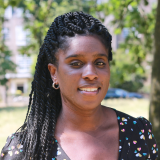 Diane joined Mime in 2018. She has a solid background in marketing and communications, having worked extensively within the UK film industry. Her responsibilities include the Mime EYFS Tracker, website maintenance and a variety of bespoke projects.