This blog takes a look at the number of requests for an EHCP and explores the increase from 2020 to 2021 in the context of previous rises.

Last week, the Department for Education (DfE) published data on children and young people in England with an Education, Health and Care Plan (EHCP). This data included anyone who had an EHCP in January 2022 and provided information on activity in the 2021 calendar year.

How do EHCP request rates vary across the country?

The map below shows the request rate for an EHCP as a percentage of 0-24 year old residents at either a regional or local authority level. Purple colouring denotes areas where the request rate is higher and orange where it is lower.

Key Finding: Across all regions and the majority of local authorities, the request rate for an EHCP is increasing

Is an increasing request rate a cause for concern?

While this number is in line with historic trends, there may still be significant areas for concern. The pre-pandemic year-on-year increase of 14% was already placing considerable extra burden on the system as a whole, and concerns have been voiced about whether there are sufficient resource to keep up with demand. Without similar increases in funding, this increase in the request rate could lead to children, young people and their families missing out on essential support.

In summary, while the increase from 2020 to 2021 initially looks large, the overall number of requests for an EHCP appears to be in line with historic trends

Has this affected timeliness?

According to DfE guidance, the process of issuing an EHCP must take no longer than 20 weeks from the point an assessment is requested. There is concern that as request rates go up, this will put a strain on local authority’s resources and reduce the number that are being issued within this 20 week target.

There is no doubt that the SEND landscape across England is changing as more and more children and young people request and are issued an EHCP. What this may mean for children, young people and their families as well as how local authorities may cope with these pressures remains to be seen. Increasing demand without equivalent increases in funding and resources for local authorities is likely to lead to children and young people missing out on essential support.

The recent Government SEND Review outlines plans to ensure children and young people with SEND have “access to the right support, in the right place, and at the right time”. The consultation on these proposals is open until the 22nd July 2022 and offers an opportunity for people to share their thoughts and feedback.

If you’d like more help understanding your local SEND picture, please get in touch. 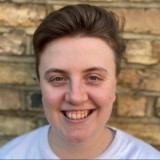 Rory joined Mime in 2021 after working for the NHS and in the third sector on health and social care policy. They are passionate about evidence based policy and using data to inform decisions, and their previous roles have had a focus on reducing inequalities. They studied Philosophy, Politics and Economics at Oxford and have a Masters in Experimental Psychology.