Last week saw the DfE release statistics on the achievement of a full Level 2 and Level 3 by age 19:

These are key measures as the government believes that they are a good threshold for entry into the world of work. The inclusion of English and maths qualifications at Level 2 is a part of that; following the Wolf Review in 2011, the government stated that core literacy and numeracy skills are fundamental to young peoples’ employment prospects. Level 3 qualifications are generally needed to enter higher education and what are considered higher entry jobs.

Level 2 including English and maths

Enjoyed this article? Don’t forget to share using the links below

Interested in how data could help your organisation reach its goals? Call us today for a free consultation on 020 099 4240 or get in touch with us through our contact form 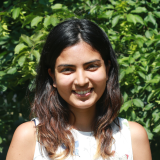 Sabiha joined Mime in 2018 having graduated from the London School of Economics in Philosophy and Economics. Her role covers a variety of projects including SEND data and communications, the main focus being to draw meaningful insights and clearly communicating them.